Shout out to Yousician for sending me! I’ll be using this post as the basis for my presentation for our weekly Dev Thursdays talks. If you’re interested in joining the band, check out our job postings here.

With a direct flight between Helsinki Vantaa and Paris Charles de Gaulle airports, getting to and from Paris was as painless as could be, save for a little bit of turbulence on the way in.

I had been to Paris a couple of times in the past, but this was the first time I've been where I didn't have much of a schedule to keep. I ended up exploring at a leisurely pace and walking a total of about 22km on the days either side of the conference. 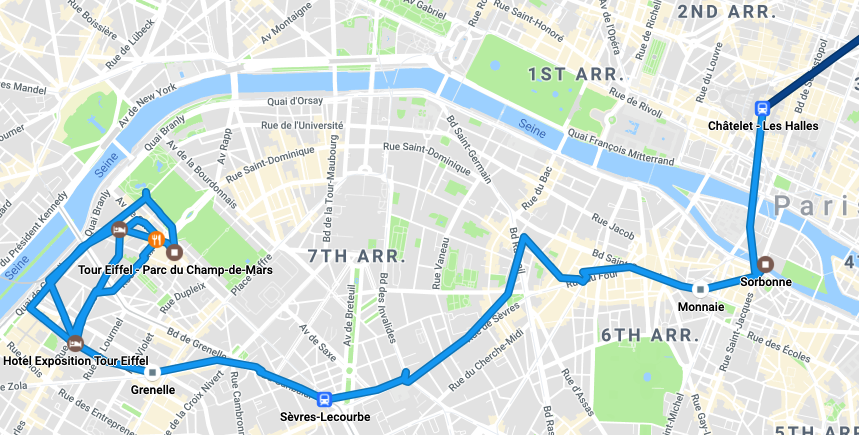 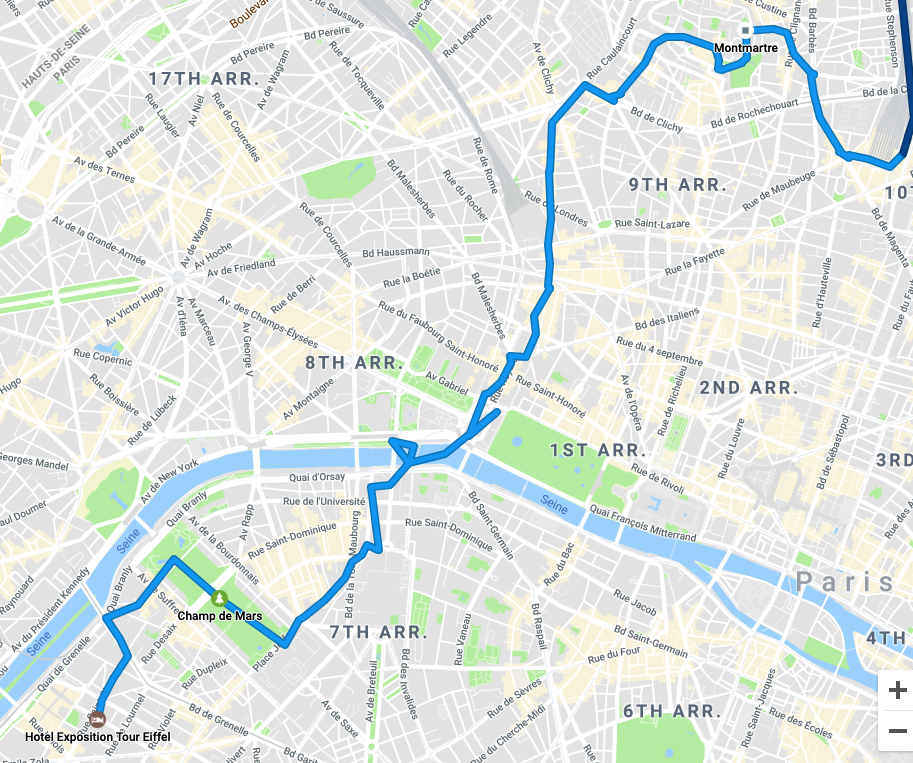 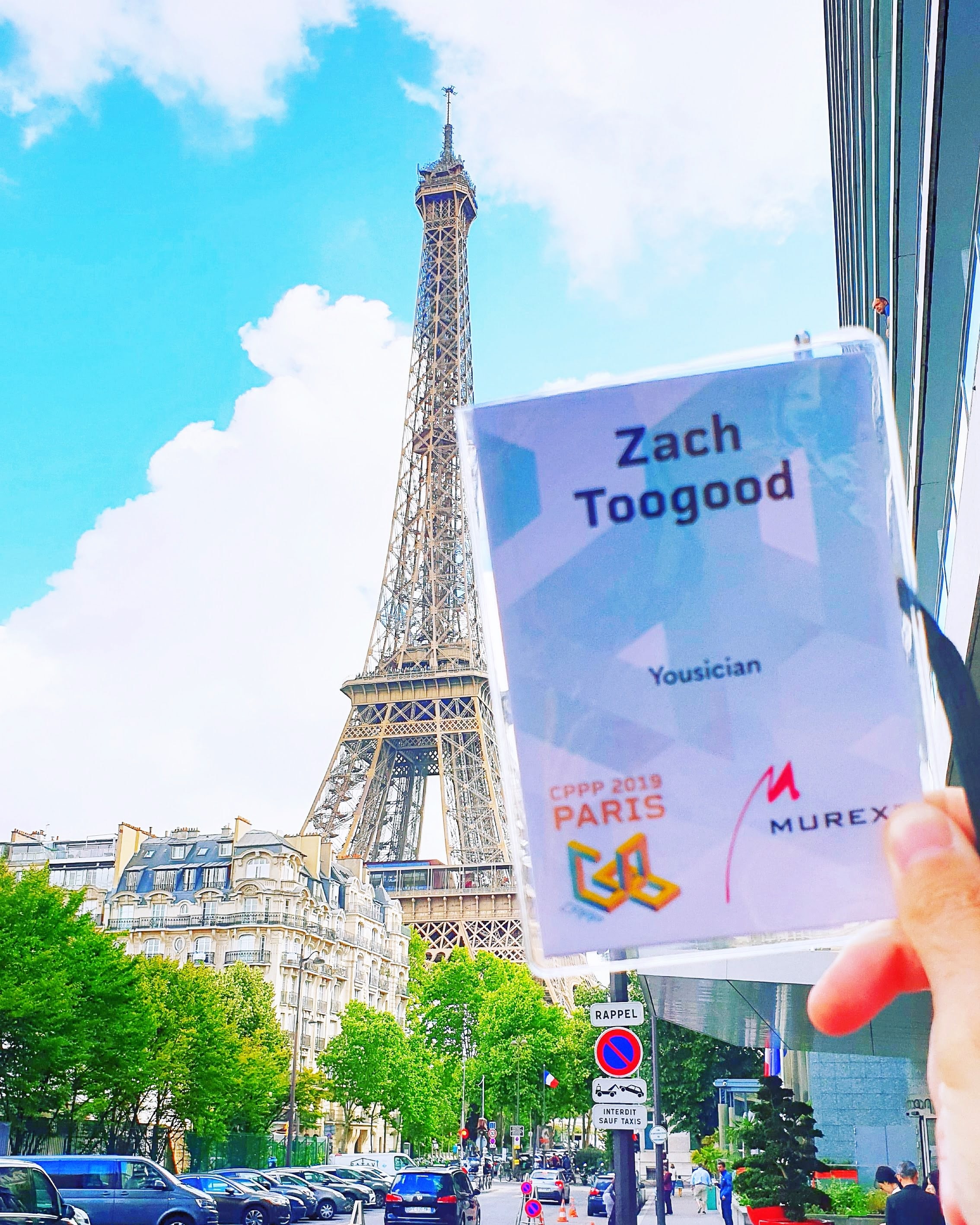 The weather reports before I arrived were not looking particularly optimistic, but upon arrival the weather was excellent, and as always, Paris was beautiful.

Coming to CPPP and you don't know many people? Feeling a bit shy?
Don't hesitate to join @include_cpp discord server. There is a #cppp2019 channel where you can discuss with other attendees and organize diners or meetings in a welcoming atmosphere.https://t.co/CgjqG8wGe4

Having not been to a conference before, I hadn't met anyone in the C++ community. Before leaving Helsinki I saw this tweet and joined the #include CPP Discord server. There was immediately talk in the #cppp2019 channel of getting together for lunch the day before the conference started. This rolled into dinner, and then planning and general chitchat through the conference. An invaluable resource that I didn't think I'd appreciate so much!

If you're involved in C++, I can't recommend joining this Discord enough.

Sitting almost directly in the shadow of the Eiffel Tower, the UIC-P Espaces Congrès building was a perfect venue for the conference. The spaces were comfortable, there didn’t appear to be any technical hiccups for the talks, and as corroborated by everyone else there: the food was top notch. 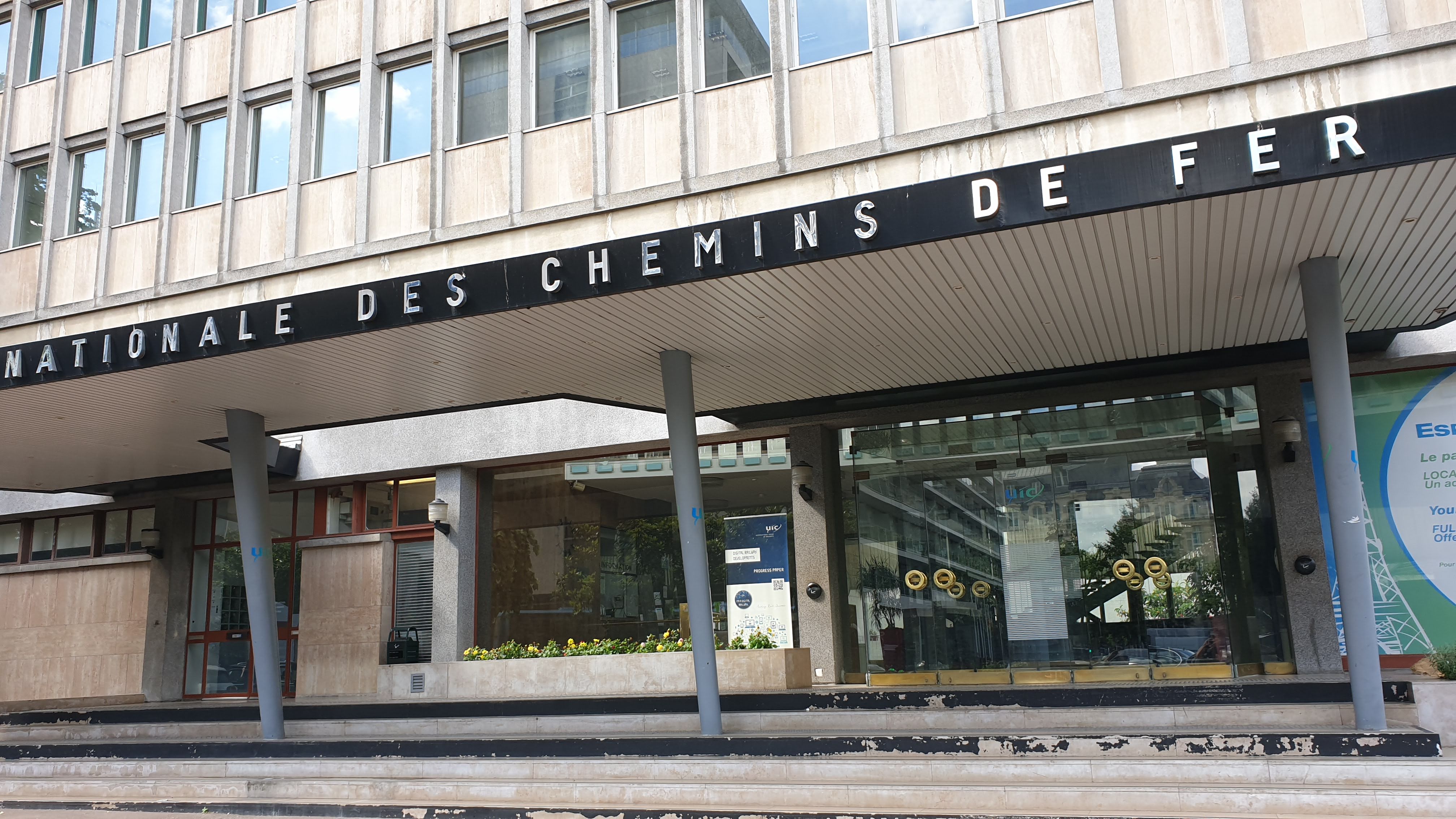 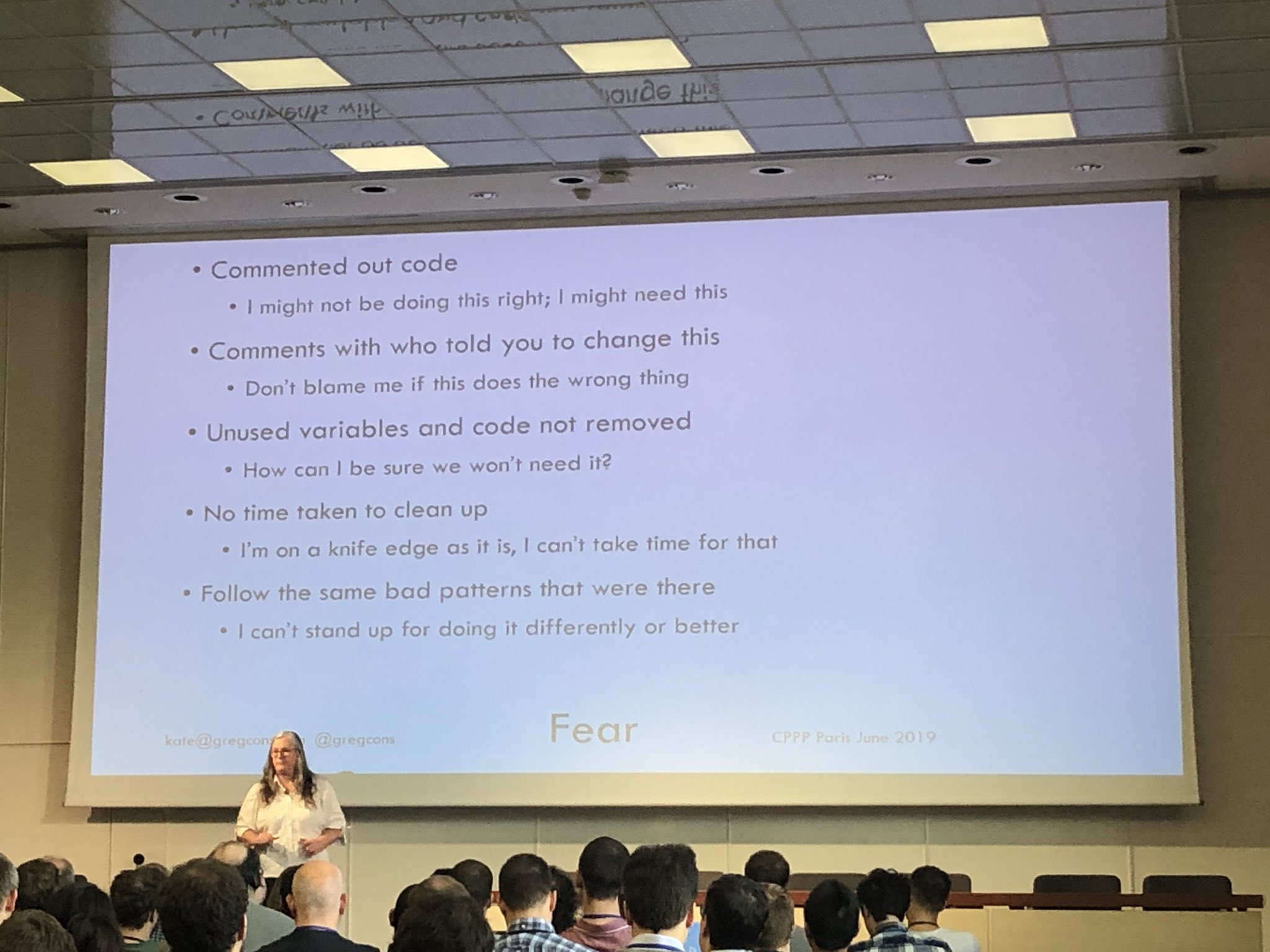 Excellent. I can’t recommend this talk enough to coders and non-coders alike. Kate’s tenure as a developer and a mentor really shines through, and her insight into the reasons behind common behavioural patterns represented in the code developers produce will colour how I approach my own coding and code reviews going forward, hopefully with a lot more empathy. 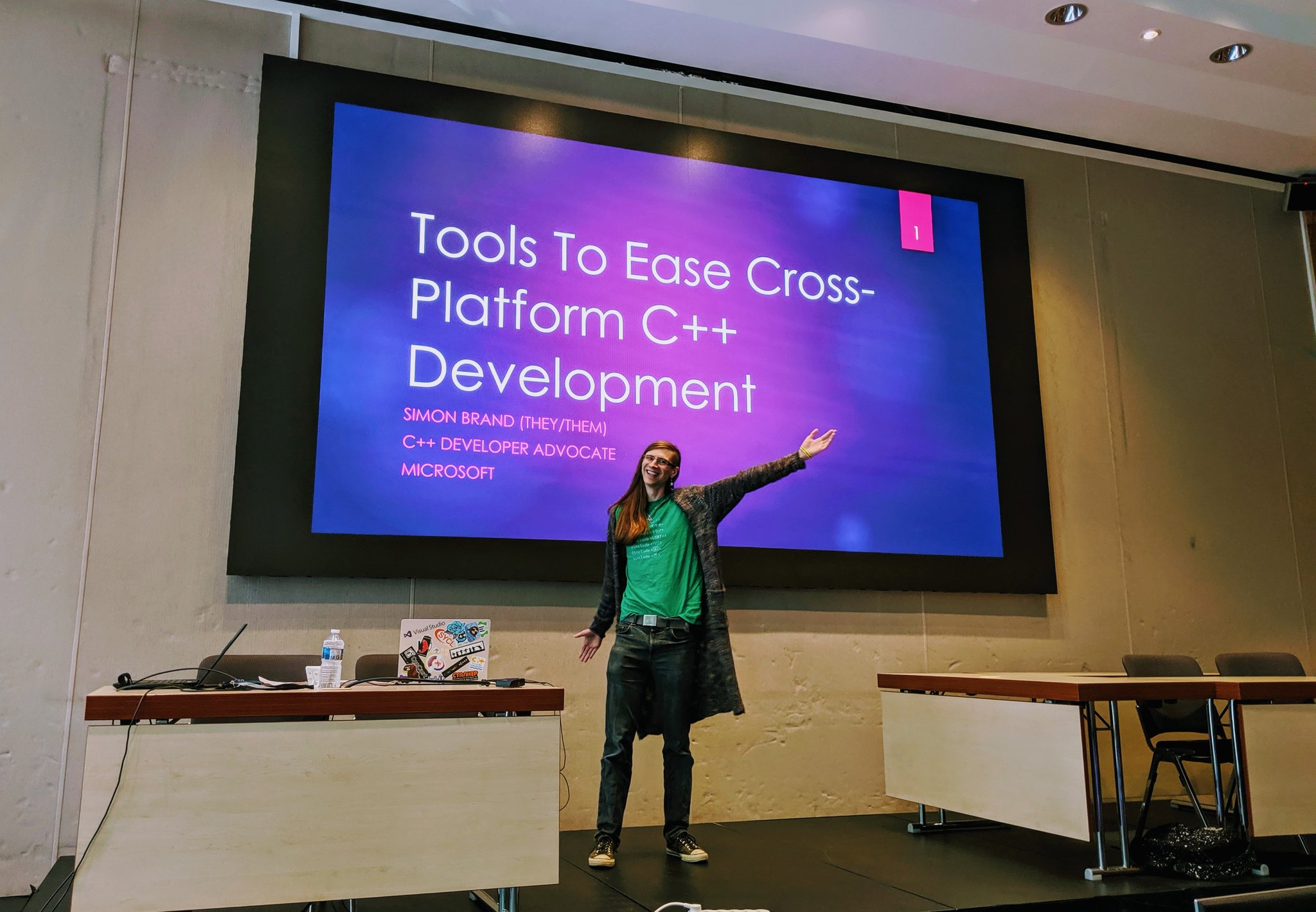 A Brainfuck interpreter or compiler are my goto projects for getting to grips with new languages or methodologies, so it was fantastic to see another take, using tooling I wouldn’t normally use. Huge congratulations to Simon for managing a live coding demonstration without any errors, in less than an hour, clearly a very well planned and prepared talk! I am blown away by WSL. I had read a little about it and was already impressed, but to see it in action was staggering. Good thing I’ve just obtained a new Windows laptop…

C++ Modules: What You Should Know by Gabriel Dos Reis 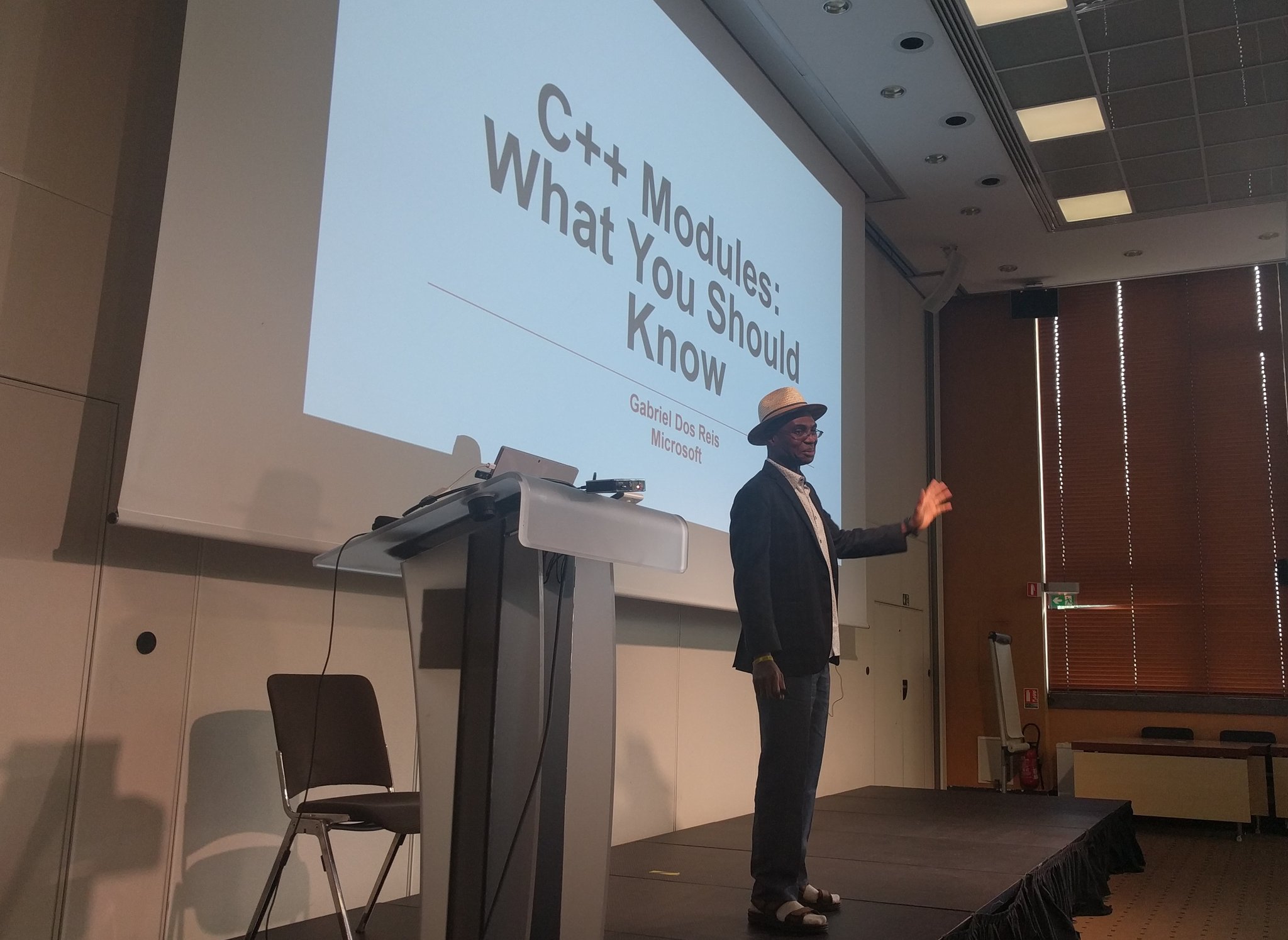 Going into this talk, I knew nothing about modules. Now I know a little, and want to know more. It was very enlightening to hear about the history of the proposal, the proposal process and some solid examples of how to use modules in code. In the coming weeks, I’m going to have to read up and re-watch this talk to be able to get the most out of it. Gabriel is a fantastic speaker, and managed to keep the talk engaging, even while fighting the post-lunch slump!

The Anatomy of an Exploit by Patricia Aas (@pati_gallardo) 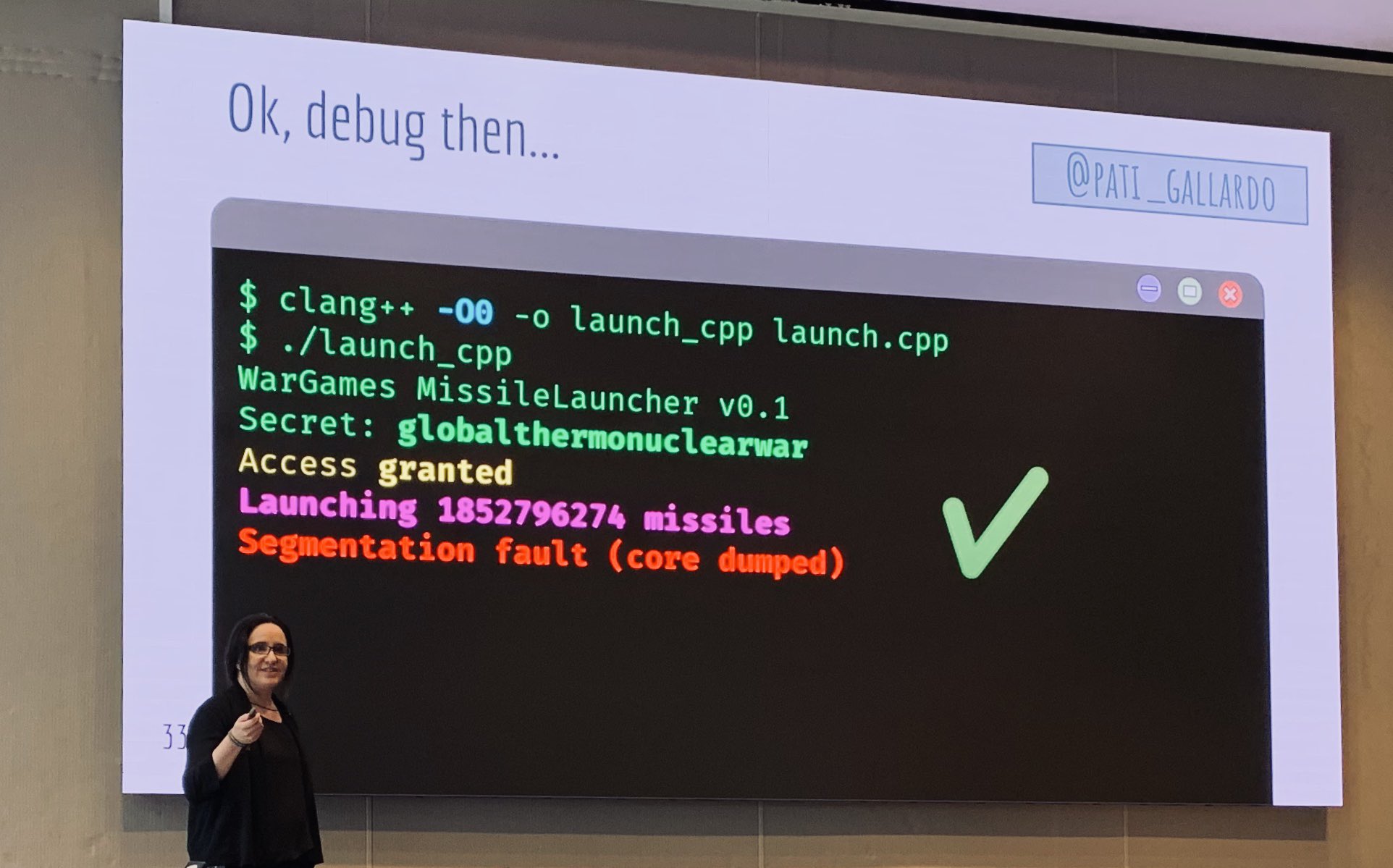 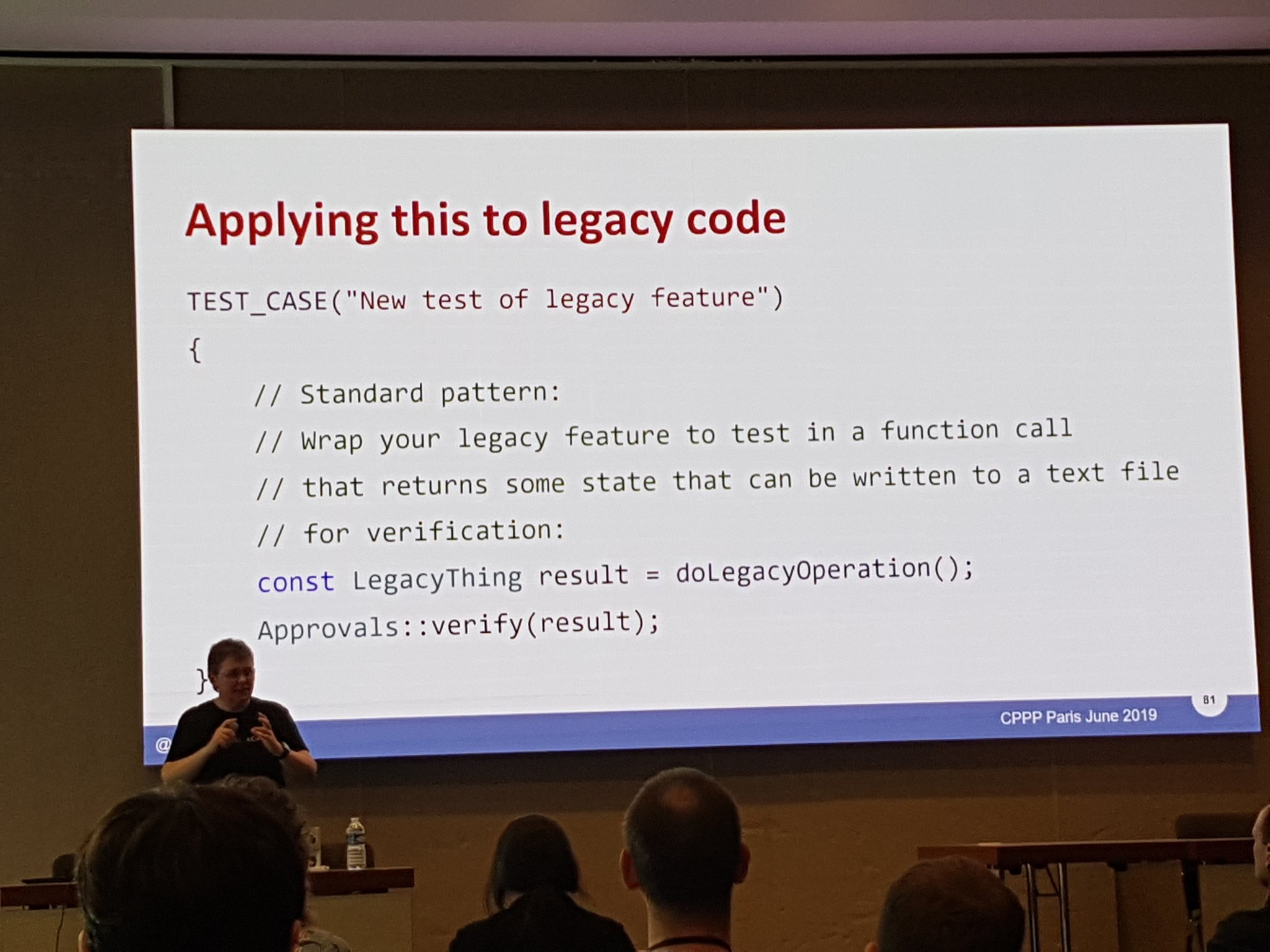 A very interesting talk about how to test legacy code where large modifications to the code are not really on the cards. I would have loved to have known about this approach in the past and I’m very happy I know about it going forward. I particularly appreciated the considerations for integration with CI and developer workflows. I will certainly be checking out ApprovalTests.Cpp in the future.

What did I miss?

All of the other talks! Hopefully, they’ll all be up on YouTube soon. It would be nice if the French language track appeared on YouTube with subtitles as well. I also didn’t get to speak to everyone, so I suppose I’ll have to attend more conferences to make sure I can meet as many people as possible

I like to lurk the #cpp Twittersphere, and it was fun putting names to faces. It was surreal to be able to meet such visionary people who I’ve only seen before presenting interesting things on Pluralsight and YouTube, or posting and linking articles and snippets on Twitter.